On Keeping an Open Heart.

On September 8, 2019Home Life, NLY Weekly UnpackLeave a Comment on On Keeping an Open Heart. 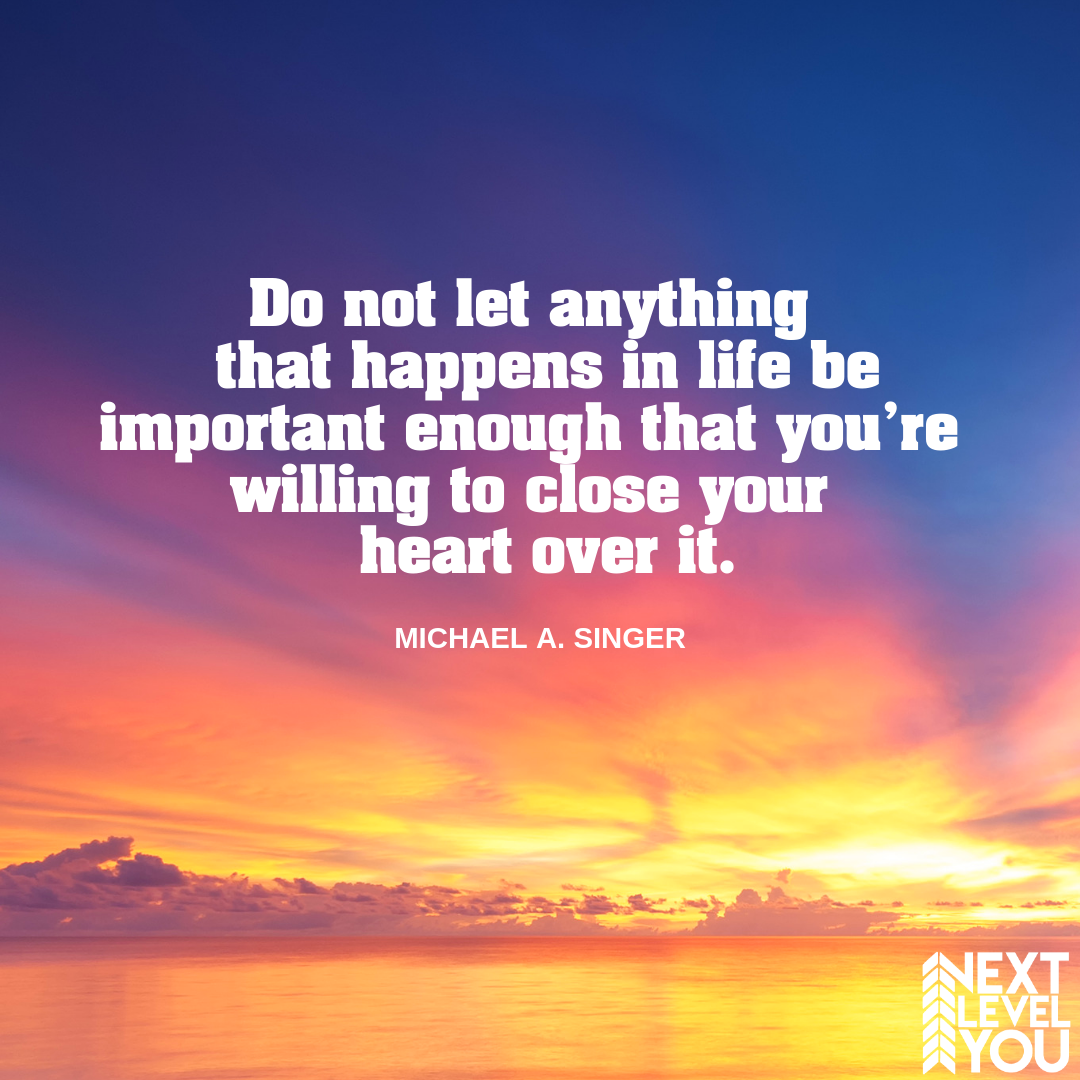 “Do not let anything that happens in life be important enough that you are willing to close your heart over it.”

This week’s quote is from best selling author, hippy and accidental entrepreneur Michael A. Singer on keeping an open heart.

A friend recently introduced me to Singer’s first book, called The Untethered Soul: The Journey Beyond Yourself – which surprisingly, as someone who reads lots of personal development books, I had never heard of. The audiobook was a challenge to get into, simply because the principle idea presented at the beginning of the book – that we aren’t the voice in our head, merely the listener – was difficult for my little brain to comprehend at first! I was trying to cook at the same time as I listened and I’m going to suggest you avoid that unless you want to waste a whole bag of chocolate melts like me! 😉

Being stuck on a plane for a few hours recently with no other distractions gave me the perfect opportunity to start the audiobook again, and after that I listened as often as I could until I finished the book. Shortly thereafter I discovered he had written a second book, The Surrender Experiment which I immediately downloaded and again finished within a few days.

In the Untethered Soul, in a chapter titled Infinite Energy, Singer states that like every movement, every thought and emotion we generate also requires an expenditure of energy. When we have opposing thoughts or emotions and a battle is happening in our head we can become mentally and physically exhausted. But when we are in flow or doing something we love, we seem to have boundless energy. It doesn’t come from energy drinks, the food we eat or even sleep. It comes from within.

When we can access our inner energy we are unstoppable, we can take on the world! Yet, most of us rarely feel like that. Singer believes that the only reason we don’t have access to this energy all the time is because we block it, by closing our hearts and minds. When events leave negative impressions on us, we tend to close up and block the energy flow.

But Singer says there is a simple solution to maintaining access to that endless energy flow from within – opening your heart, and then never closing it again. Keeping it open. That means fighting the tendency to let those negative impressions close us off. As he writes in the book, it’s really very simple, it’s making a decision that whatever may happen, you will never again give anything the power to close your heart.

It sounds so simple in theory, but it definitely takes intention and practice. It all starts with that decision though, to not let anything have such great importance that you are willing to let it cut you off from your infinite energy.

I can hardly do justice to Michael’s words and the incredible content in either book in this short message, so if you’re keen to find out more about how you can stay open-hearted I definitely encourage you to read both books for yourself.

Wishing you an open-hearted week!

Please log in again. The login page will open in a new tab. After logging in you can close it and return to this page.